For several years I have been working on a number of song texts which are the result of applying cut-up techniques, similar to those used by William Burroughs, Brion Gysin and British artist Tom Phillips, using two of  Thomas Pynchon’s novels, Gravity’s Rainbow and V, as source materials. Both novels that are set in the years of the second World War, when I was born.

The technique is one of erasure, choosing words at random from a page and stringing them together, leaving out the words in between to make a whole new text with a completely different meaning.

Once the texts are completed I then attempt to perform them as songs but with no pre-conceived form or musical accompaniment. The music, both vocal and instrumental backing, is improvised during the performance rendering each performance unique. I also re-arrange the text sometimes even knitting two or more sets together or leaving out sections.

It was only recently I discovered that there is actually a school of writers that utilise this method of generating texts. When I told a friend that I had stopped writing songs at one point because I thought there were already enough in the world, he sent me to Kenneth Goldsmith’s book Uncreative Writing – Managing Language In The Digital Age. In the introduction Goldsmith writes –

I had been introduced to the school of un-creative writing and had not realise that I was already a member and had been for several years, several c.d.s and many concerts and I continue to be today. The video above is a version of  The Migrant Song, recorded in Beirut and released on my Radio Paradise c.d. on the Lebanese Johnny Kafka label, which was constructed using this method.

A live performance extract shot in at an ‘Under House Concert’ near Kuranda in tropical north Queensland, Australia. The first three minutes is a de-constructed version of a song by Van Dyke Parks titled Movies Is Magic followed by three Spirit Songs.

An earlier  concert version which actually features part of  The Migrant Song improvised to become a completely different version. Recorded live in Brisbane in Australia by Lawrence English. The activity to my right hand side is not a video but the street outside on a friday night in Brisbane.

Some of the first versions of Spirit Songs were played on acoustic guitar and recorded for my BLUE GUITAR c.d. on my own HIPSHOT  c.d.r. label and lovingly re-released in 2017 on vinyl on IDEA Records – see below… 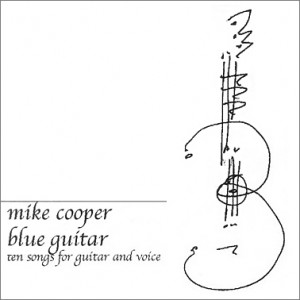 and on the LIVE IN ATHENS and LIVE IN SARDINIA c.d.s also on HIPSHOT 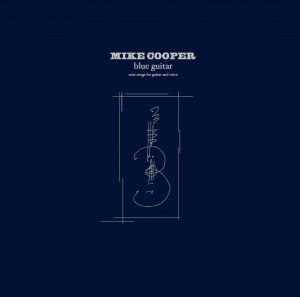 Blue Guitar – Idea Records
“A truly astonishing new album from the always excellent Idea Records. Cooper’s gutsy and tough avant-garde blues make this one of the most original albums of the year. Rich, powerful and unlike anything you’ve heard…”
Main Menu