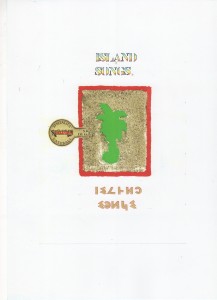 In 1992 I wrote a song called Island Song and decided to illustrate the lyrics.

Influenced by the Catalan artist Zush I also decided to invent my own alphabet and to produce a series of 16 pieces to illustrate the song.

I eventually recorded the song in 1995 in Paris and it was released on the Island Songs c.d. in 1996.

From far away places with strange sounding names

They steal our music and take it back home;  London to Paris, Berlin and Rome.

Everybody loves the palm trees and everybody here has fun.

On a tropical evening to the sound of steel guitars

from a burning oil well somewhere half way ’round the world.

They have all been cut down and they grow things that no-one needs.

Once there were flowers and birds for all to see

Now the only thing that fly’s here are giant killer bees.

It’s the mutation, from radiation, hula bopping, do the haul bop.

Lay out in the shade of the coconut trees

If you lay out in the sun you might catch a skin disease.

Don’t go in the water, it’s not that you will freeze

It’s just that the pollution has made a deadly sea.

For thirty years or more, right there just off the shore

The world has been dumping stuff that it can’t use no more.

Every time they need a place, to test a nuclear device

Out here in the Ocean, far away from sight of land

We wouldn’t want the fallout to land on fellow man.

Everybody loves the palm trees and everybody here has fun

Below are thumbnails of the remaining 15 pages. 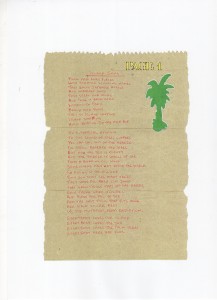 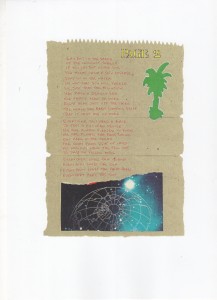 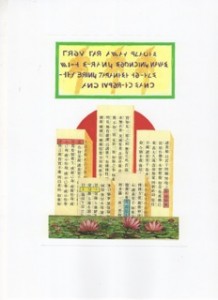 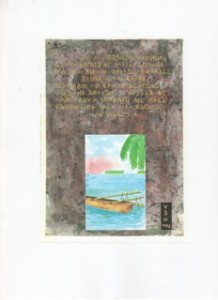 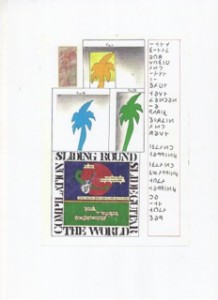 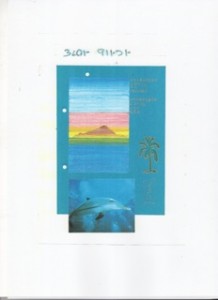 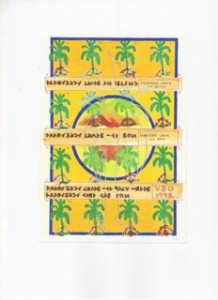 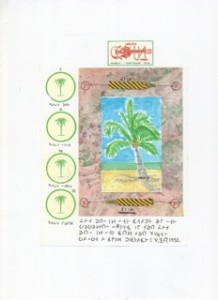 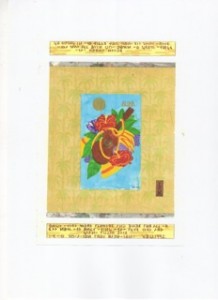 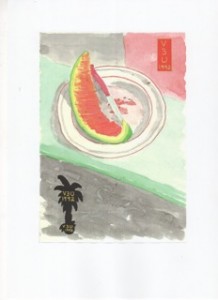 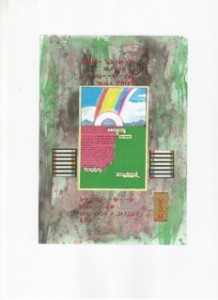 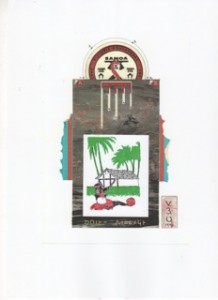 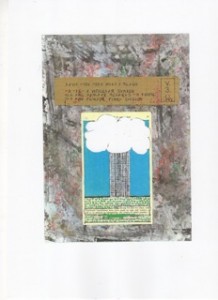 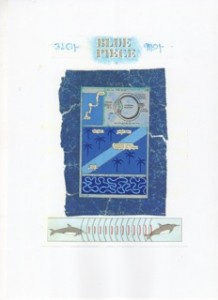 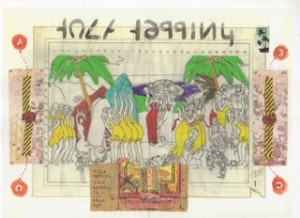 This set of 16 very high quality colour copier prints are on A4 paper in an edition of ten all signed and numbered.

I first became aware of Zush when I was living in Almunecar in Southern Spain. At the time he was making small postcard sized pictures that looked like tarot cards.