Send Of The Sea

Two tracks recorded live one in Rome and the other in Wellington New Zealand. ‘ Send Of The Sea’ and ‘The Return Of Shadows’.

‘Send Of The Sea’ was recorded live at The British School in Rome as part of the ‘Tracks’ series organised by Daniela Cascella. It was a concert shared with Keith Rowe where we both played solo spots and then a duo version of a page of the score ‘Treatise’ by Cornelius Cardew.  ‘Send Of The Sea’ is my solo piece. It is played on my self-made instrument I call a La’ap ( a cross between a Hawaiian guitar and a small South East Asian harp) and some ambient field recordings that I made in Pulau Pangkor in Malaysia at xmas 2000.
The composer Alvin Curran who attended the concert described my solo set as “..almost unbearably stable sandwiched layers of polyphony..”
‘The Return Of Shadows’ (an excerpt is in the video above) is a live recording I made accompanying some films at ‘Happy’ a club in Wellington. I took the recording home to my studio in Rome and did some post production making a dub piece of it. It was all played on my 1930’s acoustic National Resophonic Tri-Plate guitar…not that you would know!!
The title comes from film director Raul Ruiz’s book Poetics Of Cinema. In it he writes ” ‘Light, more light’ were Goethe’s dying words. ‘Less light, less light’ cried Orsen Wells repeatedly…In todays cinema (and in today’s world) there is too much light. It is time to return to the shadows.”
The ‘Send Of The Sea’ is the title of a piece written by Australian writer Odette Snellen about surfing.
‘Surfers equate the tremendous noise heard inside the wave (green room) to silence; a deafening sensaround roar so intense it blocks out everything else.’ Jack Friday-Torquay Surf Museum. 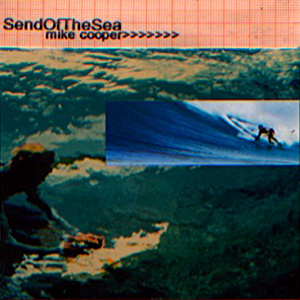