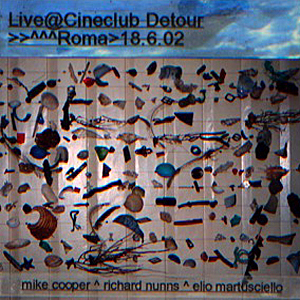 Attenti Al Fuso is my dub re-mix of  a G.T.Moore and The Outsiders reggae record which was never released. GT Moore led this band and I played rhythm guitar with them briefly. These were backing tracks for his vocals originally. 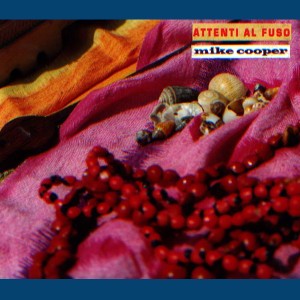 GUARDA AVANTI – HIP 011
Guard Avanti is two live performances recorded in London at two different gigs with myself Lol Coxhill (sax) and Viv Corringham (vocals/electronics) and myself Steve Beresford (keyboards/electronics/brass) and Max Eastley ( Arc/electronics) and one shorter recording of a guitar solo – I chose the guitar solo here as the other pieces were very long. 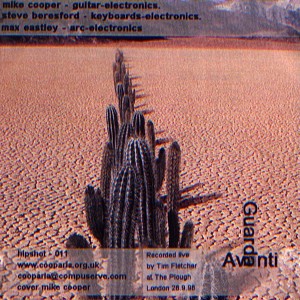