This c.d. was originally released as Hip – 019 and titled simply Borders. I was not happy with it and have re-edited it and added some pieces and retitled it FUTURE FOLK/BORDERS

This new collection reflects my interest in mixing improvisation on acoustic lap steel guitar, field recordings, live sound processing and loop collages with singing and songs. I enjoy (and participate in) the new non-expressive notions of sound art and, for the most part, my singing has remained a separate musical activity from my improvising/field recording/sound art. Recently however, I have drawn them together into some kind of FOLK-TRONICA.

The songs here are pretty much intact but the backing is sometimes deconstructed and they are approached almost as unaccompanied songs, rubato, with an ambient almost identical backing of loops, composed in real time, from improvised elements. 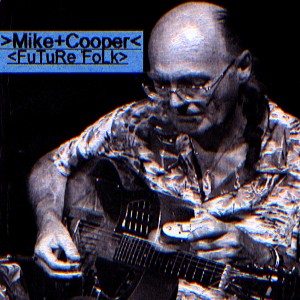 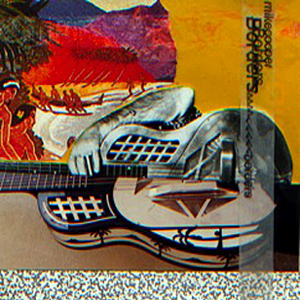 1.SPIRIT SONG (a different version) appears on my cd of the same name. This version was recorded live at the Malterie in Lille/France in 2006. The lyrics for Spirit Song were written from articles in the New Internationalist about West Papua and its freedom movement.
2. PO MAHINA/TREEBONES. This piece was taken from my radio arts piece Beach Crossings-Pacific Footprints. Recorded in Rome at the RAI3 studios in May 2005 and features my slack key guitar playing and the three trombones of Toto Pilato, Enrica Vatteroni and Mario Camporeale. The whole piece was re-mixed from the original.
3. DEPORTEE/PLANE WRECK AT LOS GATOS – the Woody Guthrie song – the subject – immigration – nothing changes. Elements of my Giacinto composition are included in this version.
4. DOLPHINS by Fred Neil includes field recordings made on Pulau Perehentian an island on the northern Malay coast. The ‘electronic music’ at the end of the piece is in fact insects recorded on the island.
5. HILO HANAKAHI/ KEALAKEKUA BAY Feb.14th 1779 is a live musical collage of a version of a famous Hawaiian song about various places on the Big Island of Hawaii and a field recording I made of a beach walk on Pulau Perhentian. Kealakekua Bay is where Capt. JAMES COOK came ashore on January 17th 1779, the first known European to arrive in Hawaii. Less than one month later he was stabbed dead in the same place by a dagger made from an iron spike given as a gift to the Hawaiians. There is slight glitch in the loop that forms the background over which I play the Hilo melody.It represents the glitch in Cooks day that eventually will make it his last as he slowly and unfortunately goes out of sync with his surroundings on the beach. The piece then ends in a drone of open guitar strings. Perhaps the last sound that Cook hears mixed with the sounds of the beach beneath him. Dense insect sound and a shout which seems to come from a long way off.
6. YOURE THE REASON- a favourite Arthur Alexander song from 1962. He is one of my favourite country/soul singers from the 60s and I saw him perform when he toured the UK in 1966. This was recorded as heard at the RIALTO -SANTAMBROGIO in Rome in November 2005.
7. PUUANAHULU/ LONGHOUSE NIGHT. Recorded live at the WIM in Zurich in May 2006. The song Pu’uanahulu was written by the Hawaiian chanter of Mele Hula David Alapai sometime at the beginning of the 20th century. Its words refer to the hills of Anahulu and to the O’o bird.  LONGHOUSE NIGHT is is made up from real time sampling of a field recording I made while visiting a Dyak Longhouse in the jungle of Sarawak Northern Borneo in 2003. The field recording is looped and processed into a virtual soundscape.
8. MOVIES IS MAGIC by Van Dyke Parks written for Brian Wilson. A song about drive in cinemas, rain and Nat King Cole.
9. BORDERS / THE BORDERLINE written by Ry Cooder, John Hyatt and Jim Dickinson for British film director Tony Richardson’s 1982 film THE BORDER. Another recording from La Malterie in Lille. There are some nice black and white photographs of the concert taken by Phil Lenglett at www.improphoto.chez-alice.fr
10. HE’LL HAVE TO GO by Joe and Audrey Allison from 1959 the year I started to play guitar and sing. A hit for Jim Reeves and featured the piano playing of Floyd Cramer. Dedicated to everyone who has to use those long distance call centres.
Discography
Main Menu