WISHING YOU WERE HERE

George W. Lowen Coxhill (19 September 1932 – 10 July 2012), generally known as Lol Coxhill has left the stage. Thanx Lol for all the music and good times from myself and Roger Turner.

The Recedents were one of  the longest running free improvisation group in the U.K. – We started in 1982 and  managed at least one concert every year until 2012. Scandalously under-recorded, underpaid and under-employed we continued to groove. 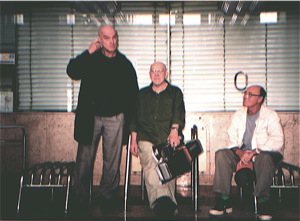 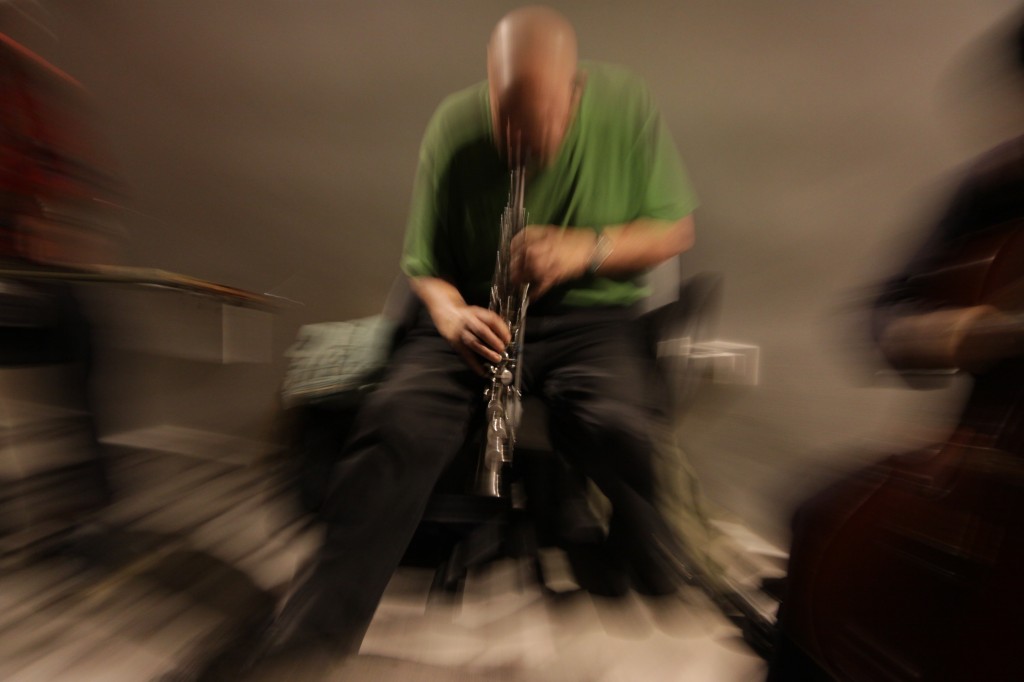 An obituary for Lol that I enjoyed and Im sure Lol would have from The Association of Musical Marxists..

“Lol Coxhill died last night (9th July), our greatest, most inventive, most persuasive and most discursive saxophone player. Not simply a musician, but a dyed-in-the-wool subversive of the spectacle capitalism makes of music. Lol was there at the origins of practically every worthwhile style of Anglo pop – Ska, Bop, Hippie, Improv, Punk, Noise – but peeled off as soon as the movement came to be about fame and money rather than playing. He was our Ornette Coleman, and everyone who saw him loved him. You could make a book of stories called “The first time I saw Lol …”. His proudest moment was when the Sun Ra Arkestra watched him play solo, then came and said to him afterwards: “We saw what you were doing, man. It’s hard.” It was hard because Lol was playing with everything in the room, weaving it into something boisterous, alive and swinging….Gosh he’ll be missed so much … for reasons we’re probably only starting to count.”

WISHING YOU WERE HERE 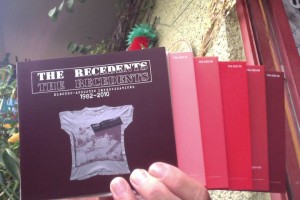 OUTSTANDING!!! a set of five CDs containing a selection of the most interesting and technically the best recordings of the ensemble active from 1982 till 2010. This legendary trio – Mike Cooper, Lol Coxhill and Roger Turner – played its way through 28 years of concerts, just a few in most years, but a presence not forgotten – in part because of its willingness to tread paths uncongenial to many improvisers, in particular those theatrical, referential and genre-inflected. Lol, a colossus and a man who heeded no convention, augments his soprano with acting, mumbling and singing, as well as on occasion pre-recorded tapes and a crackle-box, Mike Cooper, a man of many and varied parts, adds radios, cassettes and electronic processing to his electric lap steel and acoustic national guitars and the always pertinent Roger Turner hits a wide variety of things, occasionally adding electronics.After the “Barbecue Strut” [LP – 1987] and “Zombie Bloodbath On The Isle Of Dogs” [CD 1991 and 1995], the box contains the first in the considerable time published recordings of the band and is released precisely in the fourth anniversary of the last concert of The Recedents in Café OTO [London]. Over 4 hours of never published music recorded on their tours in Belgium, Italy, Germany, France and England.
The Recedents, as a trio in unchanged lineup, is likely the second longest performing British improvising band, just after considerably older AMM with which it had been repeatedly compared. However, from the time-distance perspective, it appears as an utterly distinctive phenomenon, an inspiration for other performers and occupying a well-deserved place in the pantheon, creating a canon of electroacoustic free improvised music.
The set of those 5 CDs is accompanied with a 28-page booklet containing:
– notes of the band’s members, which were: Mike Cooper, Roger Turner and Lol Coxhill and some of their friends: Steve Beresford, David Ilic, Gerard F. Tierney, Tim Fletcher,
– reproductions of original posters and artworks,
– the most interesting surviving photographs,
– chronology of activity.
Available on Freeform Records from Mike Cooper and Roger Turner – all good record shops or from ReR Megacorp.
There are several videos of the group playing at The Red Rose in London (a sadly defunct venue now)  and a concert at The Side Cafe in Newcastle in the UK on YouTube and Blip.tv –
http://www.youtube.com/watch?v=fWKj-HtZoSc
http://www.youtube.com/watch?v=oYd3KUi96Ic
http://www.youtube.com/watch?v=5vGkp1WtK5E
http://blip.tv/file/1070626
http://blip.tv/file/1070081
LOL COXHILL – SAXOPHONE/VOCALS
ROGER TURNER – DRUMS/PERCUSSION
MIKE COOPER – GUITAR/ELECTRONICS
Current Groups
Main Menu